The day started at noon, with a line of 20-30 people and some paperwork, followed by a lot of waiting around. This was my first reality TV casting call, so I didn’t really know what to expect. I could tell from the outfits and the over-the-top “attitude” that nearly everyone else there was a professional reality TV contestant.

Imagine, if you will…

Me (thinking): It just struck me that I’m the oldest person here. I hope there isn’t a dance competition as part of this thing. These seem like nice enough people, but they’re pretty loud. Am I not loud enough? Well, I’m sure my knowledge of bartending, beer, wine, and spirits will be far greater than any of these kids and I’ll get to be on this show. Do I want that, though?

Almost everyone else (very out-loud): Hey! Let’s get pumped up! Woooooo!

At around 2:00, I was called in for an interview with the producers and asked why I want to be America’s next best bartender. I said I didn’t care too much, actually, but I thought it could be fun. And, also, I like to drink. They told me to come back at 5 for the 2nd round.

I went back to my office, worked a little, prepared some snappy answers to the questions they were sure to ask (how about: “What qualities make a great bartender?”), and returned at 5.

After waiting for an hour or two in the crowd of other contestants (the 2nd round, oddly enough, seemed to be larger than the first round), I was called in for my 2nd audition, or interview, or whatever.

They asked me if I see myself as “The Parent,” “The Coach,” or “The Underdog.” I had no idea, except that I know I’m not a coach or a parent. I bumbled around a bit and then asked “what do you mean?” They asked me if I’d be able to handle the pressure and I assured them that I’m not afraid of anything, and I’m especially not afraid of being on a TV show.

There were no questions about bartending, or even about what the primary flavor in Galliano is or what’s in a Perfect Manhattan and what should it be garnished with. Ah well, I did well enough that I was invited back for the after party and casting announcement at 10:00.

I brought 3 of my nerdy friends with me to the party and we waited and people-watched. I drank a Gimlet, a couple beers, and some horrible shot from a test tube. The show producers watched the crowd of contestants from a balcony over the dance floor, and I thought my cool and aloof demeanor was sure to win me a spot on the show.

Oh boy was I wrong! At midnight, the chosen ones were called to the stage, one at a time, to dance around. Pretty much every one of them would have been my last choice for someone who would (in my opinion) make a great bartender. These were loud people who could dance and weren’t afraid to take their shirts off (but leave their neckties on, oddly enough) in a club.

I left the after party feeling relieved that I wasn’t picked, but a little disappointed as well. I’d be curious to see what this show ends up being like, but I won’t watch it, because I can’t stand and don’t understand reality TV.

Last year, I wrote a book and an online course about mobile web apps. As you know, writing is generally a pretty sedentary activity that happens to go well with booze. Writing is also really hard work (mentally), and so it’s important for a writer to reward himself frequently with ice cream and various other snacks.

In spite of all these factors pulling me towards completely ignoring my health, I did make some attempts to be fit and forty early in the year (oh yeah, I forgot to mention that last year was also the year I turned 40). I registered for a 5k race and for a swim from Alcatraz, both of which helped me to focus on my training so that I wouldn’t die or get eaten by sharks. The problem, however, was that once the races were over, I felt like I didn’t need to exercise ever again. And, so I didn’t.

I think you can see where this is headed–writing and the successful completion of amazing feats of physical endurance have wrecked me! I’ve gained about 30lbs in the last year, and I have way more clothes that don’t fit now than I have that fit.

And so, like so many people with lame excuses for why they’re fat slobs, I’ve decided to start turning it around. I don’t have the guts to post a “before” picture of myself, but I’ll let you use your imagination. I look something like this: 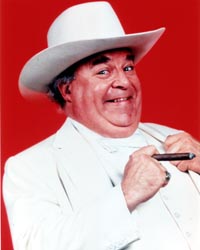 And so, here I go! Stay tuned for updates!

When I was in high school and college, I had a video camera and shot hundreds of hours of tape (which I’m starting to go through and digitize now). Watching this footage today, I realize that I never learned to edit, or cared much about editing, and that’s why most of the videos I made in highschool and college are unbearable to anyone but me.

I watch the videos that kids are making now and posting to YouTube, and many of them spend a lot of time editing and produce much more polished things than I ever did. They do have much better equipment than I had in the late 80s and early 90s, it’s true. But, I think they also see the potential of editing, even if they rarely get it right. I think that’s cool. What’s even cooler is that they have a way to get their videos out there so that I can watch them.

Have I mentioned lately how much I love the Internet?

So, I came home a little tipsy last night and dumped a bunch of vegetables into the garbage disposal. Like A LOT of vegetables. Way more than was good for it. The sink became totally clogged.

First thing I tried was sticking my hand in there and then running the garbage disposal for a while (after taking my hand out). Still clogged.

Then I got out the plunger and started plunging. This seems to have moved the clog further down the pipe, because now water was coming up in the other sink (without the garbage disposal).

Then I poured in a bunch of liquid plumber and followed the directions. Still clogged. So I went to bed.

This morning, the water had drained out, but the sink filled up when I turned out the faucet and the water sat there going down very very slowly. So I poured in more liquid plumber. Didn’t work.

As a last resort before calling the “solid” plumber, I decided to check with my good friend “the Internet”. I found all sorts of people telling me not to use chemical drain openers, and I found lots of people telling me the correct way to use a plunger, but not to use it if your sink is full of chemical drain opener (which mine was) because you’d probably splash the junk all over you and burn your skin off. Some people said to pour in boiling water, which I tried too. Still clogged!

Then I found one smart fellow, who suggested that if your drain is filled with vegetable junk, you can pour salt into it along with hot water and the salt will wilt the vegetation and allow water to flow. So, I said “heck, I’ve tried the most horrible chemicals I have in the house…I’ll try anything!”

So, I poured in a couple cups of salt and started running the hot water. A couple minutes later, the drain cleared and I was extremely happy.

I’ve been an insane ball of energy lately. I’m reading about 20 books and 10-20 magazines now, I’m learning 2 different programming language, making wine, planning events and more events, blogging and updating a lot of personal sites, running a growing business and a couple fun businesses, taking golf lessons, planning to start making cheese, swimming, practicing chess, trying to get a band together, trying to learn guitar, and some other stuff I’ve forgotten about.

I often enjoy having a million things going on. I’ve been trying to move at least one thing measurably forward per day. This isn’t always easy, especially with things like learning guitar where measuring progress is sometimes very difficult from day to day. But, that’s my strategy.

Lately I’m a bit worried that I’m not paying enough attention to my health, though. So, that’s the thing I’m starting to think about now. Now, here’s the big catch…I think I’d be healthier and less stressed if I worked just as hard as I do now, but on a lot fewer things. Is there anyone out there in blog-reading land who has gone from being a scatterbrain to being a focused person and found it less stressful? Can it be done?

The standard advice I used to get from my creative writing professors was to write SOMETHING. I’m a firm believer in this, but not often a practitioner. I’m also a firm believer in doing some sort of exercise regularly…but, again, I don’t follow through most of the time. Although…look: I’m writing something now, and I just started swimming again, which just goes to show that people can change (at least when the weather is right and things aren’t too busy at work).

The reason I bring this up now is because I often get asked for advice about starting a business or some such similar activity. I don’t consider myself a business guru, but I have built something that’s allowed me to be self-employed for almost 10 years, so I guess I know a thing or two.

My advice to anyone who wants to start a business is this:

Talking and planning and dreaming are ok. But, why not put your ideas on paper? It won’t cost you anything and it’ll get you one step cexercise/>loser. Already have it on paper? Do the research and write a business plan…and DON’T spend more than a couple minutes researching the format of a business plan. AND YOU BETTER NOT GO BUYING A BOOK ABOUT WRITING A BUSINESS PLAN OR TAKING ONE OF THOSE CLASSES. I’m serious. I’ll kick your ass if you do. Formatting and style should be the least of your concerns at this point…why not start with answering these questions (off the top of my head):

The one question you shouldn’t specifically answer just yet is “how much money do I need before I can do it?”. Save that for your second draft. Almost everyone I know who wants to start a business but hasn’t done it thinks that money is the problem that’s keeping them from their dream. I almost guarantee that it ain’t.

I read the first 20 pages of a lot of computer books. I’ve been trying to be better about making it through the whole thing lately, but there are just so many. Here are some of books I’m reading now that I intend to make it all the way through. I’ve decided not to link or list the publisher. You can find these at all fine book stores.1. Pragmatic Version Control with Subversion
2. Head Rush Ajax
3. The Art of SQL
4. Agile Web Development with Rails
5. Complete Book of Chess Strategy
6. Innovation Happens Elsewhere
7. Best of Ruby Quiz
8. Linux Server Hacks
9. Practices of an Agile Developer
10. The Horn by John Clellon Holmes
11. The Singularity is Near by Ray Kurzweil